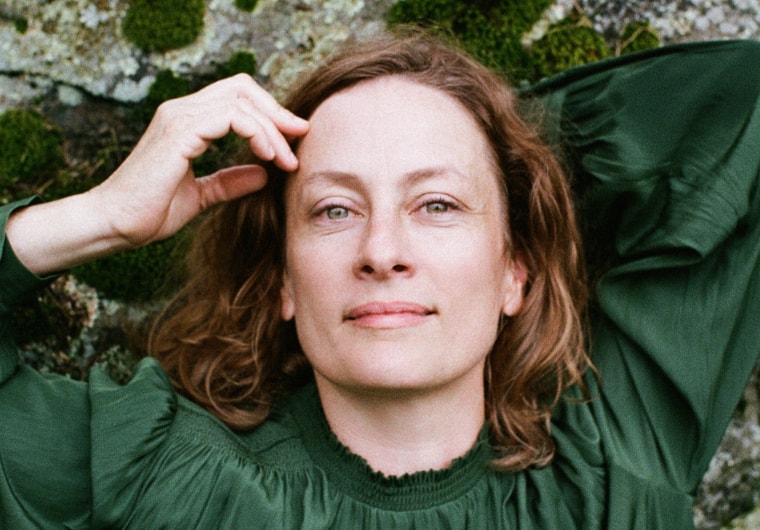 SOLD OUT – An Evening with Sarah Harmer

Are You Gone – the first album in a decade from Sarah Harmer – is a deeply personal and momentous collection of songs motivated by life’s beauty, love’s mysteries and the climate crisis. Two decades since her heralded debut “You Were Here”, Sarah returns with a deepened, electric exploration of nature and human nature.

The first single “New Low” is more than a return to music for the celebrated singer-songwriter and environmental activist. It is a definition of form, a call-for-uprising in light of the damage being done to our democracy and our living world. Inspired by the increase in community action after the Québec mosque shooting, the Women’s March, and climate rallies, Harmer calls out the “grey area” of personal and corporate responsibility and indifference, after meeting with the principal of Queens’ University to discuss fossil fuel divestment and receiving feeble excuses for inaction. Singing over its heedless pace and razor-sharp guitars: I wanna see if we can take this from flame to fire Heat is fleeting but hearts are beating hard.

From the opening frame of “St. Peter’s Bay,” Harmer conjures the essence of the album. An ‘end of the night, end of the love affair’ story set against a hockey game on the frozen bay off of Prince Edward Island, the song pits the hardness of winter against the fragility of the relationship. As guitar melodies and drums swell into a haunting and bittersweet refrain Still we had a good skate, didn’t we babe, “St. Peter’s Bay” makes instantly clear that this is Harmer’s most sonically detailed and darkest record to date, still crisply capturing the glint of outdoor ice in the northern night.

Are You Gone is also about stepping away – quieting one’s own voice for a matter of time, and using that force in different ways. If you’re too tucked away, and you can’t see the sun, Harmer muses on the breathtaking “Just Get Here,” imagining the Canadian poet Al Purdy’s A-frame cottage, a haven for writers in 1960’s rural Ontario. Like generations of poets before her, Harmer gleaned the magic of the place while visiting a writer-in-residence there in summer 2019. “I decided on the album title while staying for a night,” Harmer recalls, “thinking about time and time capsules, and our need for isolation but also for community,”

The result of an unshakeable inclination to make music alongside a lifestyle more attuned to privacy and local activism, Sarah wrote Are You Gone gradually over the last decade as she traded music for grassroots organizing. Between co-founding the citizen’s organization PERL (Protecting Escarpment Rural Land) and leading the coalition’s successful efforts to stop a massive quarry on the Niagara Escarpment, she became a fixture in local politics and advocacy. She kept her musical chops up playing casually with friends and the odd small show. Finally, in 2017, while pondering the ghosts of loss, capitalism’s gluttony and music’s potential as a public platform, Sarah was moved to get to work on her most sophisticated record to date.

On “What I Was To You” she recounts an early friendship with beloved rock star Gord Downie of The Tragically Hip. Harmer traces an effortless melody with emotional range that deftly rolls between the late Downie’s ambling, ecstatic solo work, and the oblique chorus blasts of his band. Looking back on stories of the fellow musicians’ time coming up together in the Southern Ontario scene, “What I Was To You” simultaneously captures the intimacy of their friendship and the feeling shared by the legions of souls touched by Downie, during and beyond his lifetime-

Are you gone?
Good for you to go
I hardly know what that took.
So long, I’ll be walking with you if you happen to look

Harmer nurtured the twelve songs of Are You Gone close to home. Some lingered for ages – like the undeniable melody of “Take Me Out” – while others appeared behind the barn at dusk like the sweet, autumnal “Squeaking Voices,” and the homebound “Little Frogs.” Each story paints a different picture over the course of this album’s making, threading Are You Gone with both personal intimacy and the shared strands of life. Featuring eleven originals and one cover, the eerie “Wildlife” by Kingston songwriter Dave Hodge, Sarah co-produced the album with Marcus Paquin (Aidan Knight, Arcade Fire, Timber Timbre) in Toronto, Montreal and Kingston. Long-time musical collaborators included Jon McCann on drums, Ben Whiteley on bass, Gord Tough on guitar, and Christine Bougie, Kevin Fox, Benji Perosin and Jason Euringer on steel, cello, trumpet, stand-up bass and harmonies. Howie Beck recorded additional tracks and mixed the album in the spring of 2019.

On album centrepiece “The Lookout,” Harmer takes us to a tempting height, Something to be warned about knowing with certainty that the ground will fall away. With spare piano and the strain of distant strings, the entire album suspends in this moment – a heartbreaking chorus doubling as reprieve, with a closing refrain that hangs in the breathless space: The beauty of the place was blocked by the way I held you too close

The melody for penultimate track “Shoemaker” was written looking out the porthole of a ship in the Canadian high arctic in 2015 while on an educational trip with students from around the world in, and developed after Sarah discovered an old book and census of her great-great Glaswegian grandfather who made an immigrant’s crossing to Canada in the early 19th century. “Shoemaker” calls to mind the softly ominous, slowly shifting chords of Sparklehorse before transforming into a gorgeous, crescendo show of Sarah’s vocal range.

“See Her Wave” wraps the album with an acoustic shanty send-off to another dear friend who moved on. See her wave she’s on her way. These songs are the inner ramblings of twilight, conversations with the critters in the air and on the lawn, floorboard creaks of a loved one in the next room. Some are restorative and some rock. Within them there are answers to where Sarah has been and what it means to come back now. Whether to the loyal fans that have followed Harmer’s work over the decades or to the newly initiated, Are You Gone is a resounding statement of purpose and a dedication to the indelible spirits around us.