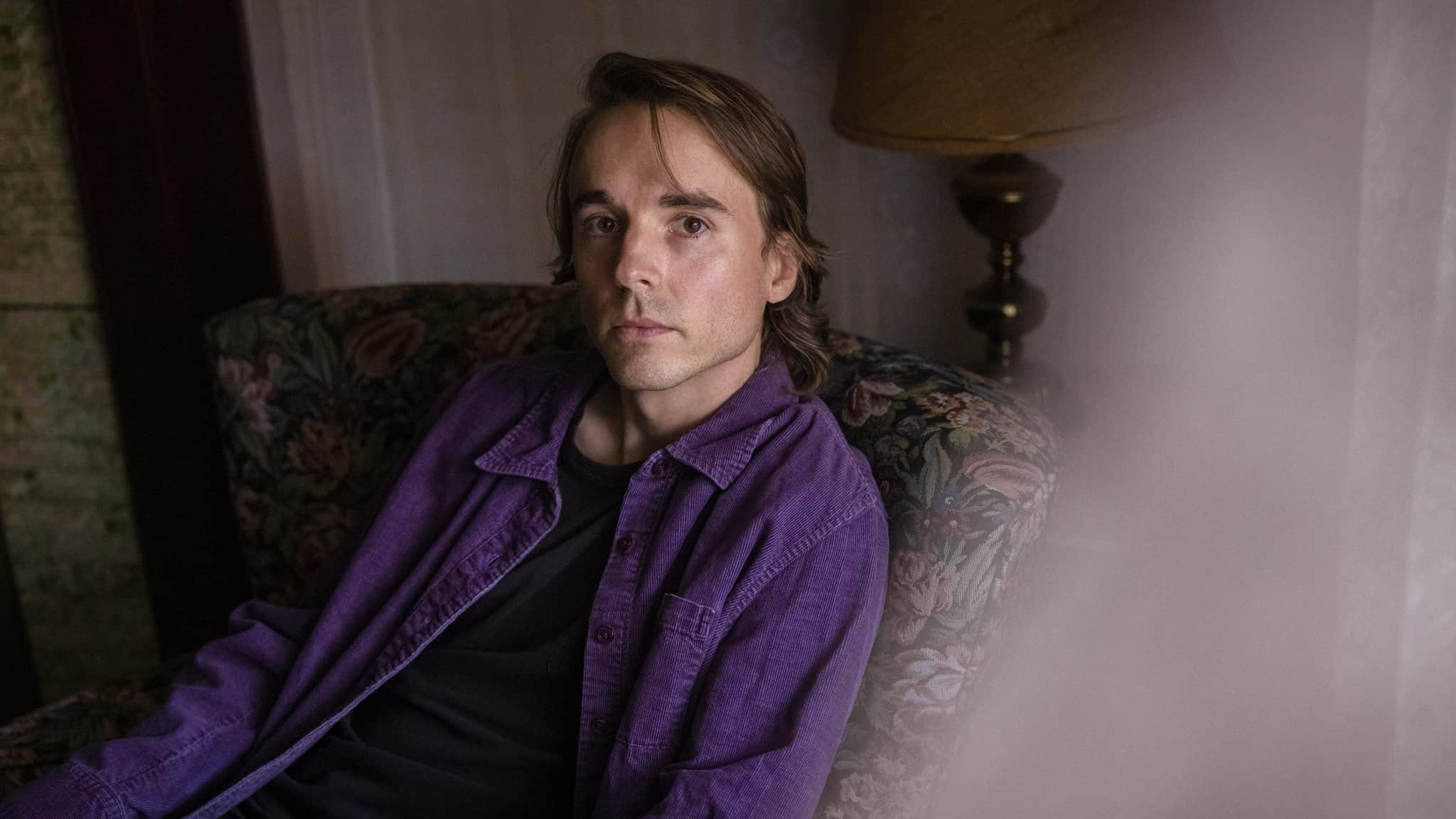 Hailed as “a gifted storyteller” (NPR Music) for 2016’s The Party and 2020’s The Neon Skyline, Shauf writes albums that unfold like short fiction, full of colorful characters, fine details and a rich emotional depth. With Norm, however, Shauf has slyly deconstructed and reshaped the style for which he’s been celebrated, elevating his songwriting with intricate layers and perspectives, challenging himself to find a new direction. Under the guise of an intoxicating collection of jazz-inflected romantic ballads, his storytelling has become decidedly more oblique, hinting at ominous situations and dark motivations.

Shauf had planned to be touring around The Neon Skyline but, like many of us in the early days of the pandemic, he spent a lot of time alone instead. He sequestered himself in his garage studio, self-producing and playing every instrument on Norm, a collection of more conventional songs written predominantly on guitar, piano and synths. The latter was essential to creating the more spacious and tactile sounds he sought. Shauf’s goals were uncomplicated: create something melody-driven rather than chord-driven, and make it modern. Shauf recruited Neal Pogue (Tyler, the Creator, Janelle Monae, Outkast), a prodigious shaper of genre-and-time-defying tracks, to mix the album, further building on the gently levitating, synth-laden atmospherics.

During this period, he was captivated by David Lynch’s Mulholland Drive, which seemed to validate Shauf’s instinct to mix perspectives and tinker with shadowy narratives. He even rewrote all of the album’s original lyrics, recreating the story, and enlisting Nicholas Olson as a story editor – it was only after writing the title track that Shauf decided to build a narrative around the character Norm. “The character of Norm is introduced in a really nice way,” Shauf says of the pleasant songs that precede the album’s centerpiece. “But the closer you pay attention to the record, the more you’re going to realize that it’s sinister.”

“Wasted On You” doubles as Norm’s lead single and opening track, a lilting pop introduction with r&b cadences and dreamy textures. While at first listen, a love song, Shauf grapples with death and the legacies left behind in its wake. “What happens when they die?” Shauf begins the record by asking. The questions continue, and his final query — “Was all my love wasted on you?” — hangs in the air, with subtle percussion, tender guitar, and synths escorting the song out. The accompanying video, directed by V Haddad and written by Shauf, is a playful depiction of God (played by Lauren Servideo) and Jesus, once again presenting the duality in Shauf’s music.

After gaining indie notoriety with The Party and a Polaris Music Prize nomination, performances on Jimmy Kimmel Live! and CBS This Morning: Saturday, and praise from the likes of Pitchfork, ESQUIRE, NPR Music, Stereogum, The Atlantic and beyond for The Neon Skyline, Shauf has left the realm of things he’s known on his third album, pivoting away from the semi-autobiographical, and pushing himself to grow as a songwriter in an entirely different way. With Norm, he recreated his idea of a concept album, and also made it about faith and fatalism. But Shauf has realized he doesn’t need to moralize. He’s assigned that task to us, the listeners. At once narrators and investigators, we fill in the blanks.