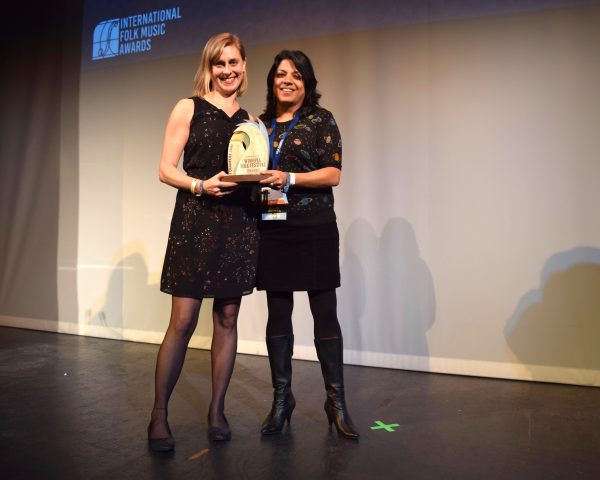 Last night, the Winnipeg Folk Festival was named the recipient of the 2018 Clearwater Award at the International Folk Music Awards held in Kansas City, Missouri. This honour is given to a festival that prioritizes environmental stewardship and demonstrates public leadership in sustainable event production.

The International Folk Music Awards are the premier presentation of folk music industry awards to honour leaders, legends and rising talent in folk music and supporting industry initiatives. Lynne Skromeda, Executive Director of the Winnipeg Folk Festival, was present at the awards ceremony to receive the prize.

“It is a true honour for our organization to be recognized on an international level for our sustainability efforts. This is a recognition we are extremely proud of and with the ongoing help and support of our dedicated volunteers, board, staff and audience, we’ll continue our commitment to provide the most sustainable and environmentally-friendly event we can,” said Skromeda.

We operate environmental sustainability programs at the annual summer Festival, year-round at the office and at events throughout the year. Our current initiatives include:

We are honoured to have been selected for this award and we will remain driven to find new ways to improve the environmental sustainability of the festival and beyond.